My Uncle Taxi loved to think of his 1954 time as a King on a Circus Elephant
(black-and-white images from Albany Magazine, and color image from my cousin Clara) 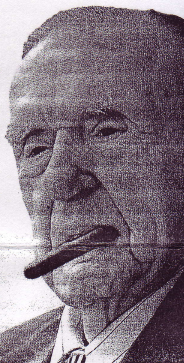 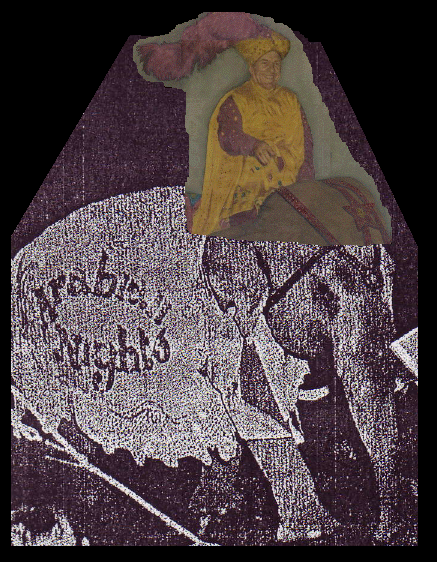 and of his 1920 Georgia Tech freshman Cake Race from downtown Atlanta to Grant field
in which he flagged down a taxi and rode to the Grant Field center track
where he "jumped out of the cab and rushed across the finish line".
He won the Cake Race and has been known as "Taxi" Smith ever since.
Neither he nor I ever got a degree from Georgia Tech,
but we both became Georgia Lawyers,
Taxi in Albany and I in Cartersville.


In 1962 I was a senior at Princeton buried in studies of math and science, substantially oblivious
to the flow of History through Albany that brought Taxi into contact with Martin Luther King, Jr.
As Jacquelin Davis wrote in Albany Magazine (December-January 1999-2000):


"... The black community came to put a great deal of faith in Smith.
When Martin Luther King Jr. was jailed here, it was Taxi Smith who bailed him out.
King told Smith he was "the only white man who had ever helped him."
When King left our area, he called John Chancellor of NBC Nightly News
to tell him how impressed he was with the white lawyer in Georgia.
Chancellor came here to meet Smith. That night Albany's one-time reluctant lawyer
was showcased on television, coast to coast.
"That was the finest moment of my life." Smith beams. ...".

It was not being bailed out of the Albany city jail by Taxi that impressed King favorably.
As David Garrow wrote in his book "Bearing the Cross":
"... Tuesday, July 10 [1962] ... King and Abernathy were ...sentenc[ed]... to forty-five days in jail
or a $178 fine ... Thursday morning ... Chief Pritchett said that their fines were paid,
and that now they had to leave ... King ... stated that "this is one time that I'm out of jail
and I'm not happy to be out ... I do not appreciate the subtle and conniving tactics used to
get us out of jail." ...".
The "subtle and conniving tactics" were payment of bail by Albany mayor "... Asa Kelley
and his closest confidants - law partners J. W. "Taxi" Smith and B. C. Gardner,
and department store owner Joe Rosenberg ...".

Taxi's favorable impression came following King's 27 July 1962 arrest and Albany city jailing
during which King was well treated.
As Taylor Branch wrote in his book "Parting the Waters":
"... Chief Pritchett kept King and Abernathy off work details ...
and allowed them extra food and visiting privileges.
Every morning a women's committee of the Albany Movement brought each of them
a clean pair of silk pajamas and plates of food ... Abernathy relished a lemon pie. ...".

What Taxi did during that time that impressed King was described by Garrow in his book:
"... Kelley's close friend and law partner J. W. "Taxi" Smith began conversations with three blacks
who were not active in the Albany Movement. It was hoped that this might lead to direct talks
between blacks and the commission withought King and SCLC leaving town,
but on August 8 the hard-liners ... denounced the ... efforts ...".

Although Taxi's efforts were blocked by the hard-liners, it is likely that Taxi kept King informed
and conferred with him about strategy and that King appreciated that.
The cordiality of relations between King in jail and Pritchett, Kelley, Taxi, Gardner, and Rosenberg
was shown by King's dairy published in Jet magazine (23 August 1962) in which King said:
"... Saturday, August 4 - More demonstrators were arrested all day today
and later on Pritchett came back and asked them to sing for him.
"Sing that song about Ain't Going To Let Chief Pritchett Turn Me Around,
he asked". I think he really enjoyed hearing it. The other jailers would just stare and listen. ...".

Taxi loved to tell of his visits with King in jail and listening to sermons and singing.