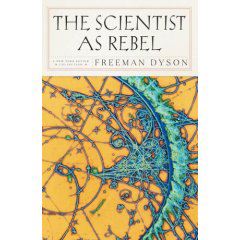 I see in it some passages that remind me of PeterWoit'sdescription of superstring theory in his book "Not Even Wrong", notto mention the cover of its UK version 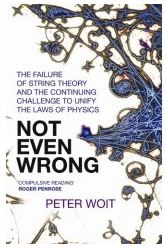 which, like Dyson's book, uses as background the image athttp://www.interactions.org/imagebank/search_detail.php?image_no=CE0057

In his book, Dyson said:

"… At the beginning of the seventeenth century, the birth of modern science had been proclaimed by … Bacon in England and … Descartes in France. …

According to Bacon, scientists should experiment … and collect facts … until the accumulation of facts would make clear the way nature behaves. …

According to Descartes, scientists should deduce the laws of nature by pure reason … Cartesian vortices were supposed to fill space … pushing celestial objects along their orbits. …

At the time when Newton made his discoveries, the learned men of England were mostly doing science in the empirical styple of Bacon, but … believed in the Cartesian theory of vortices because it was the only theory available. …

For him, alchemy and physics and theology were parts of a single enterprise, three aspects of a single search for knowledge that God had placed within his grasp. Since he was not free to talk about his theology, he saw no reason why he should talk about his alchemy or his physics.

He might never have talked about his physics, if his friend Halley had not come to Cambridge in 1684 begging him to publish what he knew. Then, once he had started writing … he did not stop until he had finished the three volumes of the Principia. …

In the first two volumes …[of] the Principia …[Newton]… built a grand edifice of mathematices … and then in the third volume he … demonstrat[ed] with an abundance of observational facts that nature danced to his tune.

As soon as the Principia was published and widely circulated,

the Cartesian vortices were dead. …".

If Halley had not convinced Newton to publish the Principia, whatwould have been the course of science ?

I guess I should say explicitly that the similarity that I see isthat:

That is borne out by the fact that Newton lived his life in accordwith an Ovid quotation on Descartes's tombstone: "Bene qui latuit,bene vixit."