After 2007, the USA treasury/fed has given trillions to the Big Banks to support their Derivative Casino
and
the Big Banks have just kept the money themselves with NO investment in creation of jobs for people.

As to how many trillions have gone to the Big Banks in the 4 years after 2007, Wikipedia has said about Quantitative Easing: "... the Fed started ... reached a peak of $2.1 trillion in June 2010 ...
... In November 2010, the Fed announced a second round of quantitative easing, or "QE2" ...
QE3 was announced on 13 September 2012 ... with no maximum amount or time limit ...".
It is hard to verify exactly how much the Fed/Treasury have given the Big Banks, especially since the Big Banks may claim to have repaid some money even though it is possible that their alleged repayments may have been hidden by complicated accounting tricks, but for the first two years (QE I) they clearly got at least $2 trillion so it seems likely that they have been getting at least $1 Trillion per year, which would have funded 10 Million jobs at $100,000 per year per job.

China is now the most prosperous nation on Earth,
with an economy based on Central Government Directed Investment
for Construction of Projects using advanced Engineering.

The most profitable manufacturing-related segment of the USA economy is the Defense Industry based on Central Government Directed Investment
for Construction of Weapons and Bases using advanced Engineering.

To give prosperity to its general population

The $1 Trillion / Year Projects could not only include Infrastructure Advancement ( Transportation, Energy Production, Desalting Sea Water, etc ) but also Advancement of Fundamental Science such as by 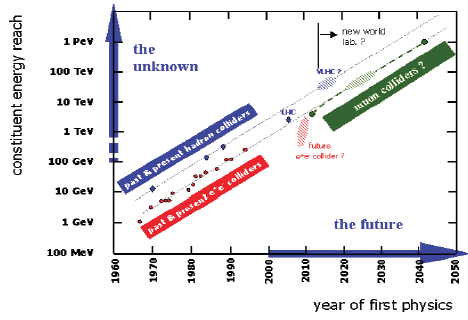 as described by Bruce King in hep-ex/0005006, hep-ex/0005007, and hep-ex/0005008.
Such Advanced Projects might let us see beyond normal-for-us-on-Earth phases of physics
to let us understand new-to-us phases of the ElectroWeak System and the Vacuum State.

Subcontractor jobs for all Projects should be spread all over the USA.
The projects should be built to a gold-standard with no cost cutting
in order to guarantee spending all of the $1 Trillion / Year and maximize job creation.

Even the Big Banks could profit from the Directed Investment Projects
if they were to be given the responsibility for disbursing the Project Funds,
a service for which they could charge management fees.

Therefore
short-term and long-term,  People and Science and the Big Banks would all prosper.

The cost would not be paid by any tax increases,
only by whatever inflation might result from $1 trillion of Quantitative Easing,
which be no greater than that due to the multi-trillion Big Bank Bailout QE already in progress.